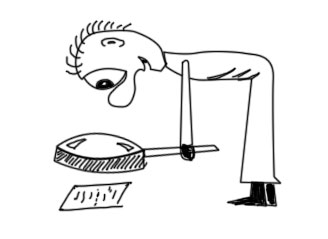 Ever wanted to add a magnifying glass effect to your product images for an awesome zoom-in and a great user experience ? You’ll be surprised to know that using CSS3 and jQuery, it’s really easy to integrate this effect to your website or webapp.

Well, the entire idea is based on this Walkthrough from TCP. I just had the time to convert the code from the walkthrough into a dead simple plugin and that’s what I would like to talk about. Although the walkthrough does an excellent job at explaining how things work, I would still like to quickly skim over the basic concept in the plugin’s context, that I developed.

The basic idea is to have a large image, say 800×400 that we scale down to say 400×200 using the width html attribute or the CSS property. Having the class magniflier is important, as it is what our Javascript code is going to check for. The simple markup:

Then on mousehover we bring on a magnifying glass over the image. The glass effect is simply achieved with basic CSS3 shadows and rounded corners:

The glass is initially created using jQuery which is basically just a div.glass element. It remains hidden until the mouse is hovered over the image, which is when it appears using the jQuery fadeIn method. It is interesting to note that if we use 10 images, then we’ll only have 1 glass element instead of 10s. This is how we create the element dynamically:

Remember, when the mouse is hovered over an image, the glass’s background-image is set to the original image that has larger dimensions compared to our scaled down version or you can also specify a different image in the data-large attribute if you would like to:

It is important to calculate the dimensions of the large version of the image used for the zoomed-in preview. I have explained how to do it in one of my earlier posts. The calculated width and height are stored in native_width and native_height respectively.

When you have the exact size of the larger version, all you need to do is use a simple little formula to calculate the proper background-position offsets for the magnifying glass based on the mouse positions.

But the key part of this entire thing, is the formula to calculate the background’s position for the glass that places the large preview of the image properly, leading to the magnification. Let’s break that down:

Read the comments in the above code for proper understanding of the logic behind the formula.

Boom! That’s all for our simple little feature. No one is stopping you from digging through the code in the Demo ;-).

It was a quick work from me and I am sure the code can be improved massively. Feel free to use it and share any improvements that you make.

Now you have an uber simple-to-use magnifying glass plugin for your next project!