Moving objects on HTML5 Canvas is really easy. I should have written on this topic before writing on gravity but it’s never too late! Let’s get started with the basics.

I’ll keep things precise and short. You must already know about the Cartesian Coordinate Plane from your Math classes. It has 2 axis – X and Y. Both the axis are perpendicular to each other where the intersecting point (0,0) is in the center. Positive X goes to the right, negative X goes to left. Positive Y goes upwards, negative Y goes downwards. 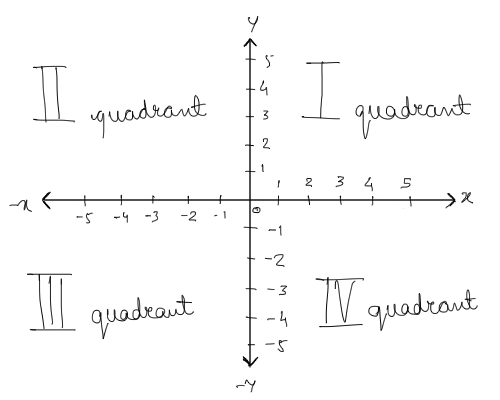 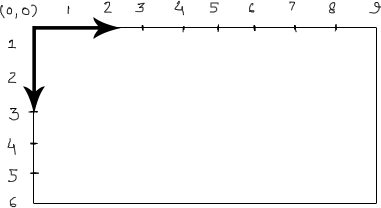 Pretty straightforward and something you probably already know if you have ever worked with trivial functions on the canvas 2D context like lineTo.

Changing the position of an object is as easy as changing it’s x and y positions on the coordinate system. Let’s say we have a rectangle drawn:

It’s the same piece of code, just that we’ve added all the extra code of setting the 2D context, canvas height, width, etc. in variables. We moved our fillRect to a new function called draw and we’re calling this new function via setInterval every 1000/60 milliseconds. Why this weird expression ? Because we want to render our animations at 60 Frames per second. 1000/30 would mean 30 FPS. This doesn’t necessarily mean that the browser is going to obey this. It all boils down to how busy CPU is, how much memory is available, etc.

The key part of this code is this:

vx is speed along the X axis while vy is speed in the Y direction. Speed with a direction is known as Velocity. We initially set both to 2 and then inside our draw function add our velocity to our X and Y values that we pass to fillRect. Hence, on every iteration, our rectangle is drawn onto a new position. Now this happens so fast (about 60 times a second) that we perceive it to be in motion.

This tutorial is meant to be really basic. I won’t take it any further but do check out this experiment by me. It’s pretty basic too! We generate particles with it’s initial position at the center of the canvas and then change it’s x/y positions with a randomly generated velocity. Quite fascinating how cool stuff this basic concept can build.