Update: Parse is shutting down. So you should start migrating. 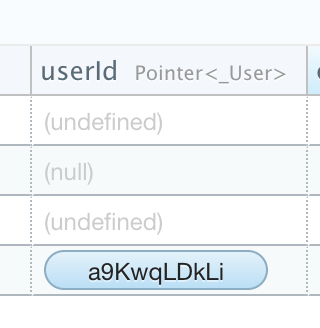 I’ve been working on an Android app backed by Parse.com to make my development process faster and easier. So while coding the app I made a decision to have 2 classes (tables) called Conversations and User (exists by default). Conversations has a field called userId that should essentially store the objectId from User class. But some conversations are created by guest so for those records I decided to store NULL or “nothing” (undefined) under the userId column rather than Pointers which is what the column type is.